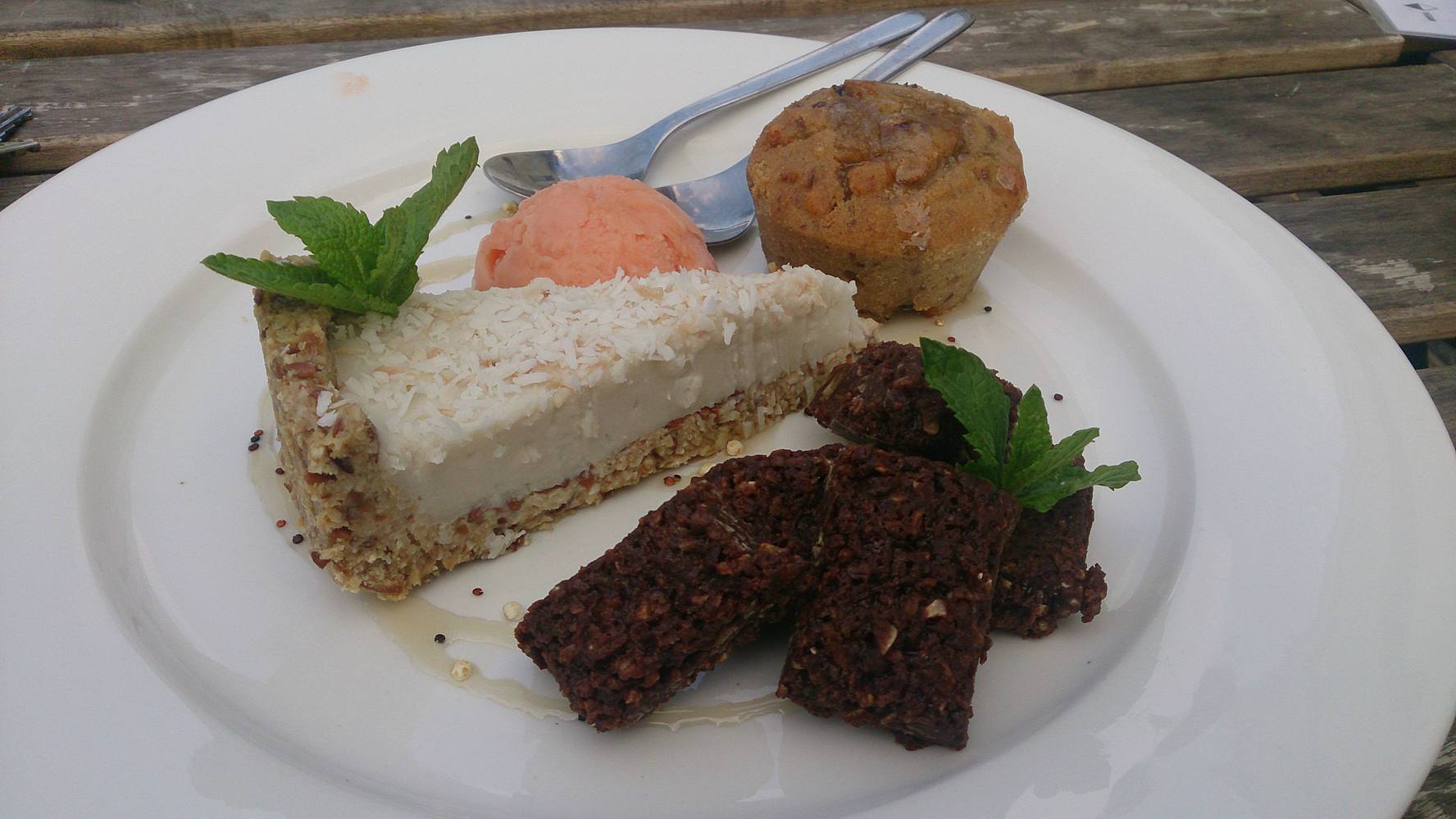 Before I start writing my review, I want to emphasize the fact that I never win ANYTHING (never won a goldfish at a fair, never won any kind of raffle or bingo truly on my own (I did ‘win’ at claw machines, but is it really winning after feeding it €30,- and then winning a little hello kitty plushy..)). In short I never win. Until a few weeks ago. Laptops & Lattes gave me a free lunch worth a maximum of €50 (to spend at whichever restaurant in their database) after I tipped them on some awesome places. Since I’m always interested in new gluten free options, I decided to try GYS in Utrecht. Since my glutard was otherwise engaged, I invited one of my best friends to help me with my prize!

So off we went! Having starved ourselves all day, we were ready to get our maximum worth out of the prize (they knew the prize was going to students, the maximum amount is going to be the amount spent). Getting there, I found out they had a great gluten free (and vegan for that matter) policy and a very clear menu (fully colored in diamonds meant gluten free, fully white diamonds meant vegetarian and half colored/half white diamonds meant vegan). Unlike other ‘gluten free’ establishments that only offer a few gluten free options, Gys provided all kinds of gluten free things: from pancakes and granola to fennel-orange soup, quinotto (quinoa risotto) and vegan paella. The highest price on the menu is €10,- and then you have a huge plate of food.

Now being away from my glutard, I decided to do what I always do, and go for the option with the most gluten. So I had a great bacon burger, with a creamy mushroom sauce, great bacon, onions and pecorino cheese. This was served with sides of carrot and raisin salad, coleslaw and tomatoes. Saying this: the food was fantastic!

Now, back to gluten free. After we both had our actual lunch, we still weren’t at the maximum (more like €30 for two full plates, some fries and a specialty brew each) and decided to go for the dessert plate. Now the best part about Gys is that all of the desserts are gluten free. So everything on the plate, from the rhubarb ice-cream to the rice crispy brownies, was gluten free! Needless to say, we pigged out. The best was absolutely the rhubarb ice-cream (paired with a lime-coconut cake) and the rice crispy brownies (decorated with caramel glass) was a close second. The only thing I thought was less tasty was the muffin. Don’t get me wrong, it was still good! But after the exquisite tastes and quality of the rest of the lunch, the muffin made for a dry ending.

Even though my main was gluten full, I daresay, with the amount of care and precision the staff works with, their gluten free is REALLY gluten free. To ‘test it, I was allowed to take doggy bag full of brownies home with me, so my glutard could have a taste. Please excuse the photo, doggy bags don’t make for the most classy photos. He loved the brownies (and the caramel glass) and the best part is that there was no problem the next day 🙂

I absolutely trust Gys’s way of handling allergies and that together with their awesome gastronomic creations, it’s absolutely a place for me to go back and for others to visit as well!

Search through my recipes, reviews and all else here!